June 29, 2020
When I was a boy I saw something very magical. It was called an Electric guitar and it had something equally as magical, a thing called an Amplifier. Both of these things were owned by a friend of my parents called John. The Guitar was a 1964 Gretsch Tennessean. When I was 16 I worked all summer on a Building site and saved up enough money to buy said guitar from him.

From that point onward I wished to acquire an amplifier as magical as that moment. This would prove to be a little bit more problematic because it wasn’t a Marshall or a Fender, or even a Sound City or a WEM it was made by GP Electronics of Bovey Tracey. The Small town on the Edge of Dartmoor that I grew up.

Now GP stood for Gerry Pope a local inventor whom went from building amplifiers to controllers for hydro electric generators. I knew Gerry as well like John through my parents and the locals amateur dramatics society called ‘The Bovey Tracey Players’ whom are still going today.

Now Gerrys workshop was the most fascinating place in the world as a kid. I did even do my school work experience there when I was 16. His amps were very distinctive with the GP logo and orange front. All of his amps were solid state and based around a beefy 130w power amplifier. 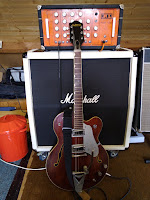 Getting back to the story I had the guitar but not the amp and for my entire life I have been on the lookout for one. I have missed a few I once saw one on gumtree in Newcastle, and I missed a couple on Ebay. So Imagine my delight in march just before Lockdown when a friend of mime Nick Hall whom is involved in many Music projects in Exeter as well as his band Dakar Audio Club posted on facebook a photograph of a GP Amplifier with the caption ‘Does anyone know what this is’. Well to cut a long story short the next day that Amplifier was mine. It was an IC 130 a 2 input instrument amp as back then it was not uncommon for one amplifier to have 2 instruments plugged into it. And being so powerful you wouldn’t need to crank it up too high.


I was so happy that I had finally found one. I contacted John and told him about it though as of yet not shown it to him because of that followed.

This amp was very well built and well over 40 years old sounded great. I would love to gig this amp the case is when though. The inputs are built on modules, so the bigger amps with more inputs just had more input modules wired together. Great design.

Roll on to about a week ago. And blow me down I find another one. This time it’s a PA Mixer amplifier, 4 input with and effects loop. This time it came from closer to home in Newton Abbot. Again I told John about it, this time he told me that it was one that he had designed. So I have a strong suspicion that my Gretsch may have been plugged into it before, because he would have owned it at the time, and quite possibly used it to test the amp before it was sent out. 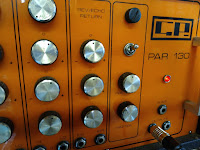 So all in all I am very happy to have 2 of these very locally made amplifier. And I would LOVE to now find one of the guitar combos with built in fuzz / overdrive as well as any other GP Electronics products. They made Fuzz Boxes, Martin Turner from Wishbone Ash had one at one point.

Graphics said…
I am very much pleased with the contents you have mentioned. I wanted to thank you for this great article. ukuleles canada
6:12 AM

E M Field said…
This comment has been removed by the author.
4:03 AM

E M Field said…
Can you throw any light on this G.P Electronics tone control found fitted to a 1964 AC30/6?

Matthew North said…
EM Field Wow no never see this in my life. but that looks like the work of gerry for sure.
8:24 AM

E M Field said…
Yes Matt - It did look like a one off!! Since it had some germanium transistors I rebuilt it in it's own 60's Psychodelia box. I hope Gerry approves.

Matthew North said…
well I spoke to John earlier he said this was one of the first things that Gerry manufactured in 1960 and he was making these until the end of the 60s. your new pedal looks great. If you ever wanted to dispose of the leftover, Id be very interested, I'm trying to get anything basically with GP written on it!
2:41 PM

Popular posts from this blog 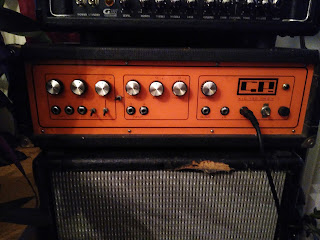 GP Electronics IC130 Mk2 from 1977 Those that follow here may have seen a little while ago I made a blog about GP electronics Amplifiers made in my hometown of Bovey Tracey. Well I was contacted by a musician called Richard from Bath whom had recently acquired a GP amp that belonged to a friend of his whom had passed away.  We had a chat about it online and I told him about the amp and so on. Anyhow a few weeks passed and he decided he wanted to pass it on and offer it to me. I popped up to Bristol at a convenient spot and I purchased the amplifier from him.  This is also an amp that I have seen before in a Combo version. The IC130 MK2 was very much designed as a Guitar amplifier rather than the more general purpose of its predecessor. The former owner of this amp was a Bass Guitarist and he had owned it from new and had used it for all his gigs from the 70s until he stopped playing.     Parts I replaced capacitors and the main inlet socket That in itself is a great testimony to how we
Read more 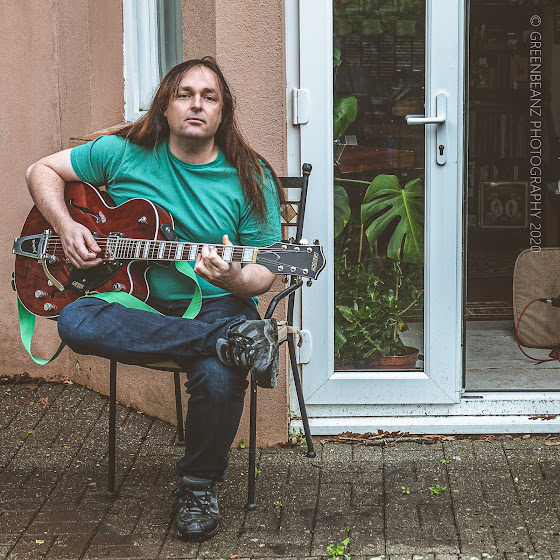 Photo taken outside my home by Lawrence Hyne aka Greenbeanz Photography.  This years end of year blog really is going to be like no other. 2020 was shaping up to be good. I had a small tour with All Living Fear booked, a Sell out gig at Ronnie Scotts with Mike Westbrook as well as loads of other Westbrook shows in the diary. What was there not to like? Well I will come to all of that later. A photo from Arthurs Soundcheck 2020 Kicked off with the usual January trip to Butlins Minehead for 'Giants of Rock' this year was going to be great as I had not see my dear friend Arthur Brown for a little while and he was playing on the opening night. It was also the debut of a new band so a lot resting high. It was a great show well received and also had a fine evening meal too. Saw and photographed a few other great acts too. I really love these butlins weekends, great music, always loads of friends there. I started the idea of doing some new electronic music, I came up with one track an
Read more

Matthew North
Musician, Guitarist and Producer based in the UK. Mastering, Recording, Remastering. Bands All Living Fear, Secrets For September and Mike Westbrook. Many years talking music for the BBC. Published and Exhibited Photographer.